Since October 2018 I had been waiting to go to the red sea. I booked onto the red sea trip after hearing many stories and some divers even saying its one of their favourite places they have dived.

The day finally arrived, on the 1st of August 2019, when we left to go to Gatwick airport for our afternoon flight to Marsa Alam. I was lucky to have a good seat on the plane- by a window with a wall behind me so no one could kick my seat. However, it turned out I actually had the worst seat as there was a screaming baby right in front of me. Besides that, the 5.5 hour flight went fast and we soon arrived into Marsa Alam airport. Surprisingly all of our luggage made it to Egypt! From the airport, we had a 15 minute coach journey to Port Ghalib where Hurricane, our liveaboard, was waiting for our arrival.

In the morning we were woken up by knocking and the bell at 8am for our breakfast and shortly after we went for our check dive at Abu Dabab where I saw a puffer fish and a blue spotted ray. Our second dive was at 2:30, I saw 2 squids and 2 moray eels- one even came out and swam. At 7pm I went on my first ever night dive, it was a great experience but there was too many jelly fish at this site which I found quite scary. Myself and my room mate Matilda went to bed shortly after dinner and we were woken up, at what felt like the middle of the night, by loud shouting and knocking on our door. It took awhile to know what the shouting was about but it came more clear…“OCEANIC SHARKS, OCEANIC SHARKS”. We leapt to the top of the boat where everyone was looking into the water, there was 4 massive oceanic white tip sharks circling us! 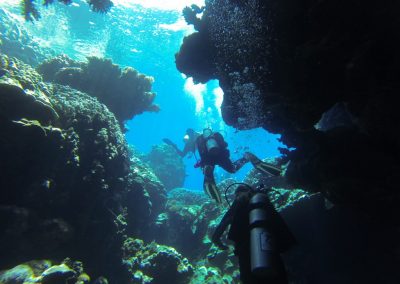 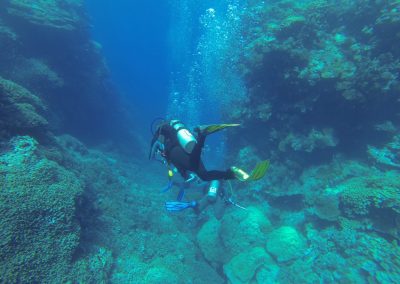 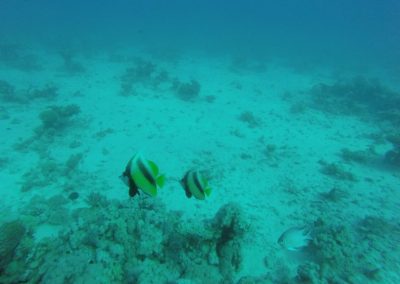 were woken up much earlier at 5am by the crew as a surprise. Apparently one of the engines had broke and so we couldn’t get to the dive site planned meaning we had to dive earlier at an alternative site. The fist dive of the day didn’t go too well for myself as I struggled to equalize my left ear and there was too many jellyfish. I didn’t find out until after the dive that none of the jellyfish seen there were stingers, it was a relief to know that as it made me calmer seeing them on other dives.

We went cave diving for the second dive of the day which was amazing, the views were beautiful. Although my ears were still playing up slightly, it was one of my favourite dives I’ve ever been on. Whilst we were waiting for dive 3 in the Fury Shoals area, 4 dolphins swam past our boat. I saw my first ever lion fish on the third dive which I was excited about. My second ever night dive was the best yet! I saw a turtle within the first 4 minutes of the dive just 10 minutes after I went on to Matilda about how badly I want to see one on this trip.
The following morning, on the 4th of August, we arrived at St John’s after a 6-7 hour journey. At 6:30am, I went on my deepest ever dive and reached 30 metres. The visibility was still so clear and it didn’t feel so deep. On the next dive we saw a baby white tip reef shark and everyone started singing ‘baby shark do do do’ after the dive. Feeling brave, myself and Matilda choose to go ‘unguided’ for the third dive which was my 50th ever dive. We saw lots of barracudas, clownfish, unicorn fish and parrot fish.

The next day, I naturally woke up half hour before we had to get up so I was actually well on time for the briefing for once. We saw lots of barracudas during the early morning dive and on the second dive the local napoleon wrasse at St Johns Caves came over to say hello to us, it was extremely friendly and kept posing for the camera. Later on during this dive, the dive guide tried to get my attention and then kept pointing in the distance, it took a while for me to see what he was pointing at, but then I saw it. There was a massive turtle in the distance!

On the 6th day, I saw lots of puffer fish, triggerfish, moray eels and even saw a wreck too! Unfortunately, I was only able to do the first 2 dives that day and had to miss the third as the boat was swaying badly to the point I had motion sickness. 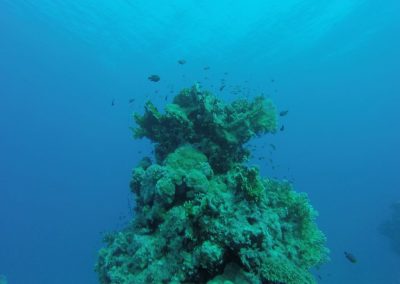 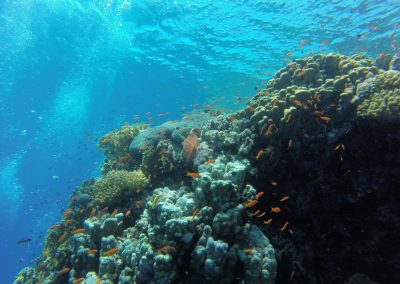 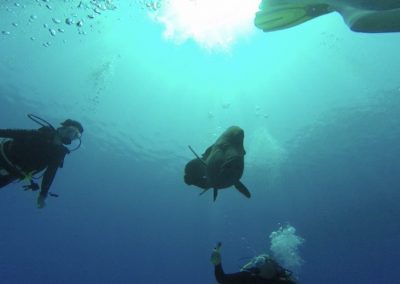 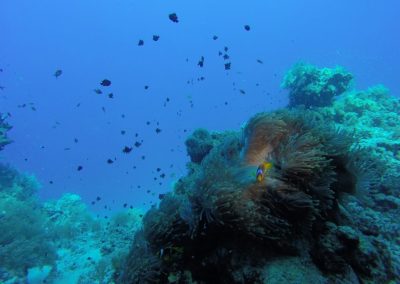 The 7th of August was the last day of diving. We went to Elphinstone Reef which is one of the best dive sites in the red sea and in the world. For this reason, we got up extremely early at 4:30am to ensure we would be the first in the water so we would have a better chance of seeing more special things. On the first dive we saw a hammerhead shark and many others saw a grey reef shark too! On the second dive at Elphinstone we saw another hammerhead. It was very easy to loose track of how deep you are especially when you are distracted watching hammerheads

Our time on hurricane was almost over, I had an excellent time, I loved every second of the trip. Diving 4 times a day was very tiring but I really enjoyed it. Other than the diving, the food was good and the crew were very accommodating to dietary requirements. In the evening we docked up to Port Ghalib where most of us went to ‘wonder bar’ which was a nice way to end the last night.On the 8th of August, it was sad to have our final breakfast on hurricane and make our way home. We got to spend the last day at ‘Jaz Grand Marsa’ which is a luxury resort. There we spent our last day relaxing by the pool and laying on hammocks which was a lovely way to end the trip. After dinner, our coach drove us to the airport for our flight home.

This site uses Akismet to reduce spam. Learn how your comment data is processed.